Your commitment to the Kunstmuseen Krefeld

The origins of the Kunstmuseen Krefeld are owed to the initiative of a committed citizenry. The Kaiser Wilhelm Museum was founded by residents of the city and opened in 1896. Then as now, it is a venue for the presentation of contemporary art and current movements in the field of design. Together with Haus Esters and Haus Lange, it has a firm place in Germany’s museum landscape.

Art needs museums and museums need supporters—now more than ever. With your support for the Kunstmuseen Krefeld, you are continuing the tradition of civic commitment and assuming together with us responsibility for cultural life in Krefeld and its vicinity.

Become a partner of the Kunstmuseen Krefeld

A museum café is the heart of the house.

With your commitment we will make it beat!

The café in the Kaiser Wilhelm Museum: a publicly accessible "Gesamtkunstwerk" (total work of art) that combines future-oriented design with the glamor of old days. A platform for urban society, an attractive event location and a treat for all the senses.

The café in the Kaiser Wilhelm Museum based on a design by Robert Stadler will offer all of this and much more.

We need your help to realize the café. Support us in creating an attractive place in the center of the city for inhabitants and visitors alike. The premises of the Kaiser Wilhelm Museum offer unique opportunities to present your contribution. 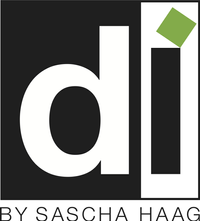 Get to know us and become a partner on approval! We offer you a unique event in particularly favorable conditions: an exclusive evening in the Kaiser Wilhelm Museum or in Haus Lange Haus/Haus Esters for you and your guests. You can already enjoy a trial partnership for only 5,000 euros.

Does one of our exhibitions suit your corporate philosophy or offer the perfect framework for your corporate image? Then consider a commitment in conjunction with a project partnership! Starting at 10,000 euros, you can focus your support on behalf of an extraordinary exhibition project. In return, you will receive a bundle of targeted advertising measures for your public representation.

As a sponsor in kind, you will become our material partner and make an indispensable contribution to our work. In return, we provide an extraordinary stage on which to present your product. Depending on the scope, we can offer you additional possibilities to publicly represent your commitment. 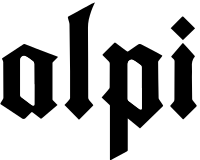 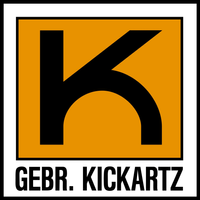 By supporting our educational program you make a valuable contribution to the cultural education of children and adolescents as well as adults! You can sponsor special workshop offers or entire series of educational activities. We endeavor to facilitate an access to art for as broad a swath of society as possible and establish the Kunstmuseen Krefeld as an important organization in the area of cultural recreational activities. Even with smaller contributions you can become our educational partner. Your commitment will make an especially sustainable impact.

Look, don't touch—is that not enough for you? We conceive an interactive offer for each of our exhibitions at our STUDIO 2 in the Kaiser Wilhelm Museum. In the process, visitors are transformed from mere viewers into active participants. You can choose between a one-time or a yearlong sponsorship. In this way you can reach the visitors to our exhibitions in an especially effective manner.

Our sponsoring benefits rely on synergies with you as a partner on our side. However, nothing is cast in stone—your goals are at the focal point of our cooperation. Please inform us of your priorities! Together we will find optimal solutions.

The Kunstmuseen Krefeld – You can experience art here

Offer your guests something very special and invite them to an exclusive event in one of the houses of the Kunstmuseen Krefeld.

The newly renovated Kaiser Wilhelm Museum that reopened in 2016 provides a suitably festive location for your company’s events. Fans of modern architecture are not the only ones who will enjoy the atmosphere in Haus Lange and Haus Esters as well as the surrounding gardens. The openness and clarity of Ludwig Mies van der Rohe’s Bauhaus architecture creates a thrilling interplay between the buildings and the gardens. Stay close to art and turn your event into an unforgettable experience. You can enjoy an exclusive on-site artistic experience in conjunction with sponsoring.

Art has a public

Our exhibition openings regularly attract several hundred visitors and are the focus of attention. Take advantage of the popularity of these events for your public representation and sponsor our exhibition opening. Even a small contribution is sufficient for you to become a preview partner of the Kunstmuseen Krefeld.

Take advantage of art’s innovative potential for your personnel: Think in new ways, create the previously inconceivable and follow your own aspirations undeterred—these are qualities with which artists show the way into the future.

Aesthetic experiences provide the impetus for the development of one’s personality. Train your employees’ creativity as well as their powers of observation and expression at extraordinary workshop formats in the Kunstmuseen Krefeld. Talk to us—together with our partners, we will develop a custom-made offer for you.

We offer companies various means of supporting the Kunstmuseen Krefeld; together with our partners, we can devise the perfect solution to meet your special requirements.

The general and independent foundation was established in 1997 by Marianne Ebers (1919–1998) in memory of her husband, the Krefeld entrepreneur Heinz Ebers (1906-1991). The foundation set itself the task of promoting the development of the Kunstmuseen Krefeld by expanding its collection.

From its endowment funds, the Heinz and Marianne Ebers Foundation acquires artworks at regular intervals from the areas of painting, sculpture, photography, and video. In this collection, which has now grown to encompass around 80 works, American and European artistic approaches counterpoint one another: two striking works by John Wesley and Richard Allen Morris widen the Kunstmuseen Krefeld’s collection of American positions. The response to these comes from the German painters Anton Henning and Stefan Kürten with their unusual painting concepts. Photographic works by Stephen Shore and Christopher Williams counterbalance the photographic approach followed by Thomas Ruff. Furthermore, the Ebers Foundation has extended the collection of the Kunstmuseen Krefeld to include works by Richard Artschwager, Marcel Broodthaers, Thierry de Cordier, Hubbard & Birchler, Bethan Huws, Paul McCarthy, Thomas Schütte, and Franz West. The most recent acquisitions were made in 2017. The installation “Fettered Flamingos” was purchased from the Mies van der Rohe scholarship-holder and Guatemalan artist Naufus Ramírez-Figueroa. The works were specially created for his exhibition at Haus Esters. In addition, the foundation acquired the film trilogy “Nada” made by the Slovenian artist Jasmina Cibic. For her first institutional solo exhibition in Germany, the artist presented for the first time all three films in a room-filling installation at Haus Esters. NADA explores three star architects of the modern era and the role that architecture plays in the representation of nations. The third part of the trilogy, “Act III: The Exhibition”, was filmed on site at Haus Lange and Haus Esters.

Where? At the Kaiser Wilhelm Museum At Haus Lange und Haus Esters

How? Supervision and support during events run by the education department and during openings Creation of mailing files Archiving Help in the museum’s administrative department Help with raising the profile of the museums Press and public relations

When? According to datebook Volunteering has long been an established activity in Anglo-American countries. As budgets become increasingly tight, this tradition is gradually gaining traction in Germany, too – and indeed in Krefeld.

Are you interested in volunteering? We will welcome you with open arms.